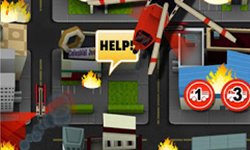 I’ve been a game designer and producer since 2004. I’ve worked for Electronic Arts, Gameloft, and by contract for number of independent studios and organizations. 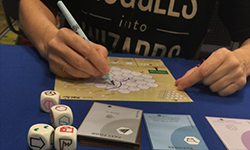 I’ve designed a number of card and board games, which I’ve begun to contract with established publishers and distribute myself under my company, Desultory LLC.

I successfully funded The Deck of Many Games, a game design prototyping tool on Kickstarter in 2018.

In 2021, I will be Kickstarting Scribbletown.

I’m the author of Players Making Decisions from New Riders, a game design textbook which has been very successful. My second book, The Game Design Playlist, is out from Addison-Wesley.

I’ve also contributed to the anthology 100 Principles of Game Design and have been published on Kotaku, GameSetWatch and in Hacker Quarterly.

Mark Zuckerberg once used an image from my now shuttered blog during his 2011 F8 conference keynote. His people scrubbed the watermark off of my image and did not credit me, not that I’m salty about it.